There are many types of colleges and universities and it is important to know the differences when choosing the school that is best for you.

For starters, it is important to realize the difference between two-year and four-year colleges.

College or University- What’s The Difference?

A college is typically a smaller school that does not have a graduate school (i.e., Master’s or Doctorate degree programs). Colleges are often private and may be specialized, such as a women’s only college, or a religious college.

A university is usually a larger school made up of many smaller colleges (i.e., School of Nursing, School of Education, School of Engineering, etc.). Universities offer graduate degrees (i.e., Masters or Doctorate) and may be heavily focused on research.

Types of Colleges and Universities

Liberal Arts College or University:  A liberal arts school introduces students to multiple disciplines instead of a specific career path. Students at liberal arts schools take classes in the humanities, arts, social sciences, math, and natural sciences. The emphasis is on a broad education and exposure to many ideas and schools of thought. They prepare students for a wide variety of careers or graduate studies. Liberal arts schools are both public and private. (Examples:  University of North Carolina at Asheville, Davidson, Warren Wilson, Washington and Lee, University of the South, Meredith College)

Do you need help choosing a school that is right for you? Let Unraveled Futures help.

Contact us today so we can work together tomorrow. 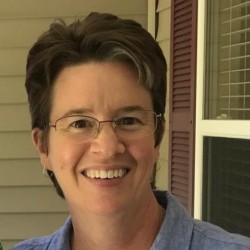 Susan Ray
Susan is an Education Consultant who is passionate about helping high school students take the next step toward higher education. She has over 10 years of experience in public education and is a certified School Counselor and National Certified Counselor. She also has two years of professional editing and documentation experience.